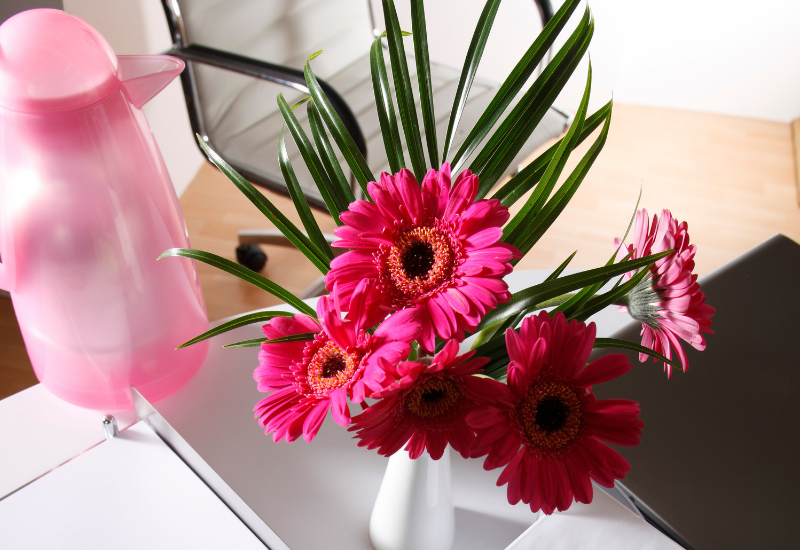 Celebrated on the Wednesday of the last full week of April each year is Administrative Professionals Day!

This is a great day to celebrate (i.e. buy flowers for) the folks who support the business world in administrative roles. Secretaries, assistants, receptionists, anyone working in support or service roles for your business deserve our gratitude for handling some of the most essential and foundational tasks within organizations. We couldn't do it without them!

As you may well know, this is a relatively big day for flowers, but what you may not know is how this all got started - let's check it out!

The History of Administrative Professionals Day

In the United States during WWII there was a significant shortage of skilled administrative personnel. The reason? During the Great Depression that preceded the war, birth rates dropped significantly. Many Americans didn't know where their next meal was coming from, where they were going to live, or how they might support the families they already had, so the idea of growing families was out of the question.

Following this period of birth-rate decline, the United States entered WWII and the massive scale-up of business that followed the wartime period of industrial growth led to an even greater need for business professionals in the workforce. Combining the recent downturn in population growth with the necessity for many more workers than had ever been needed in the country's history, the professional world was at a significant deficit.

To help solve this issue, the National Secretaries Association was created in 1942 to encourage workers to join administrative fields, support their professional development, and ultimately recognize the contribution these workers made to the professional world and the American economy.

The association grew and grew (and changed its name a few times), and in the years that followed the U.S. Department of Commerce declared the first National Secretaries Week in June 1952. By 1955 it had settled into a permanent place during the last week of April, and by the year 2000, the name had changed to Administrative Professionals Day to encompass the many responsibilities and wide-ranging job titles of administrative personnel in the modern 21st-century economy.

There are many benefits to promote sending flowers to someone at work.  It can lift an employee's mood, create a lasting memory, and even boost their productivity! Below are some social media images we have created for you to use to show your support for small businesses in your area and to encourage others to order the Administrative Professionals in their lives flowers locally. Just right-click and save to your desktop for easy sharing. Don't forget to buy flowers from a local florist for the administrative professional in your organization! 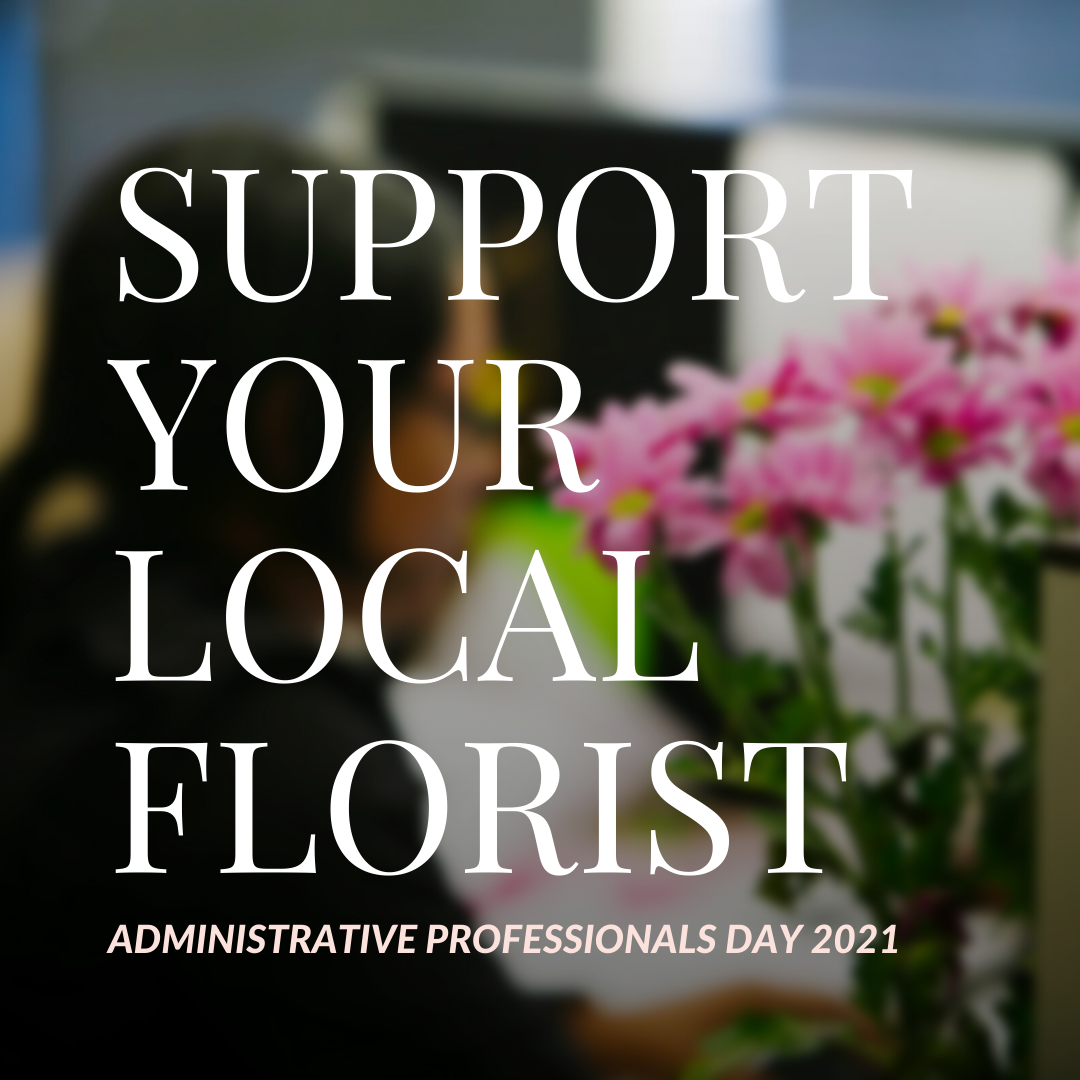 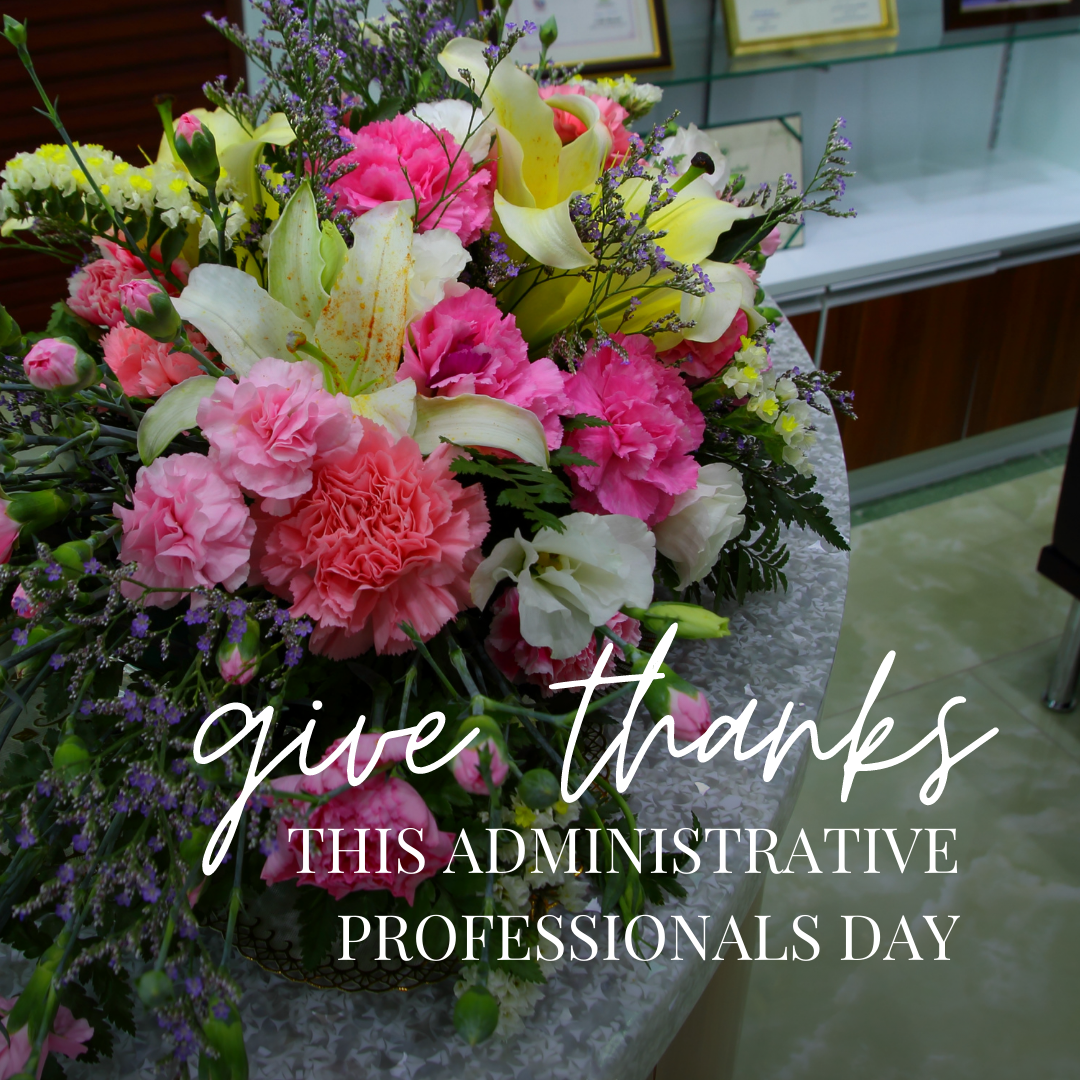 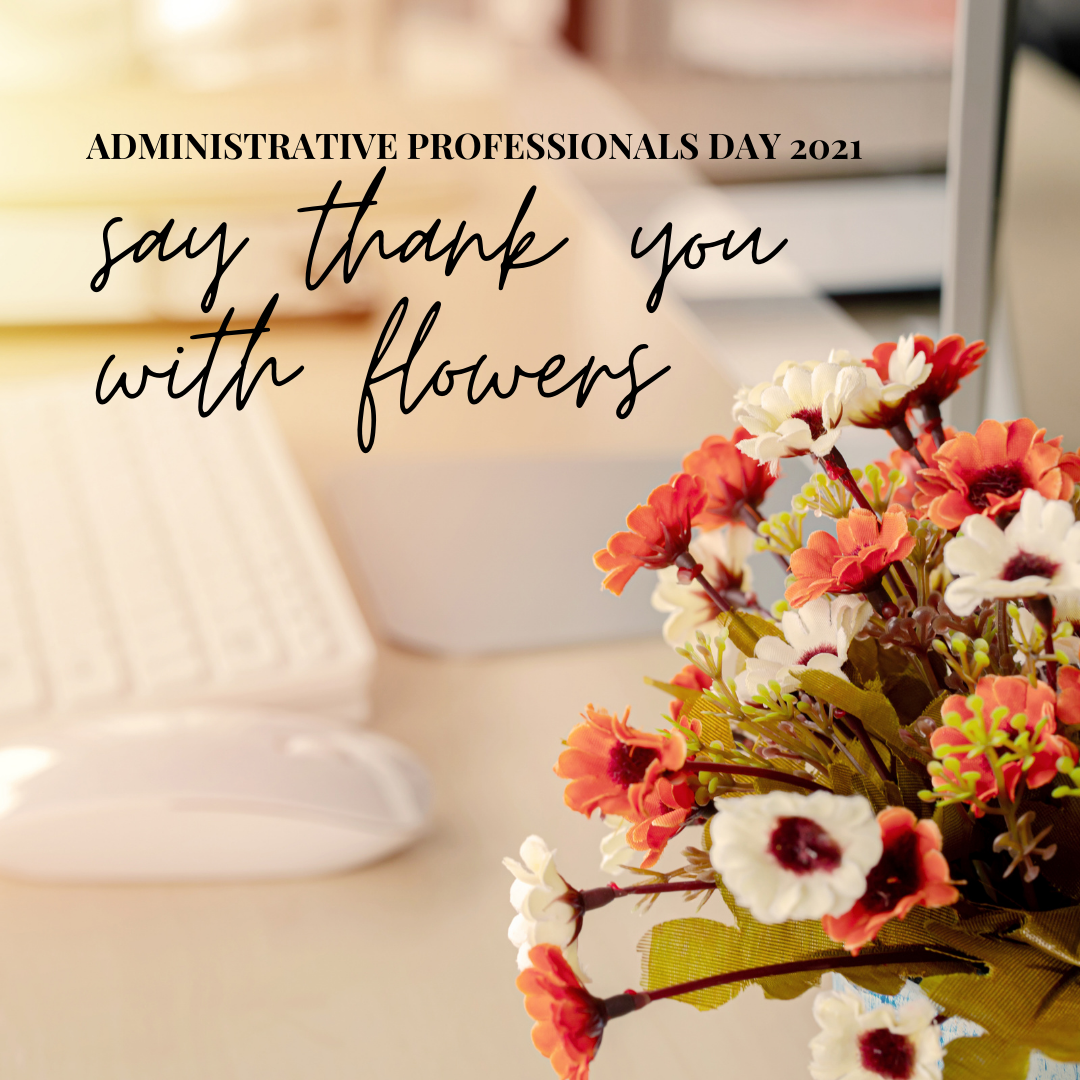 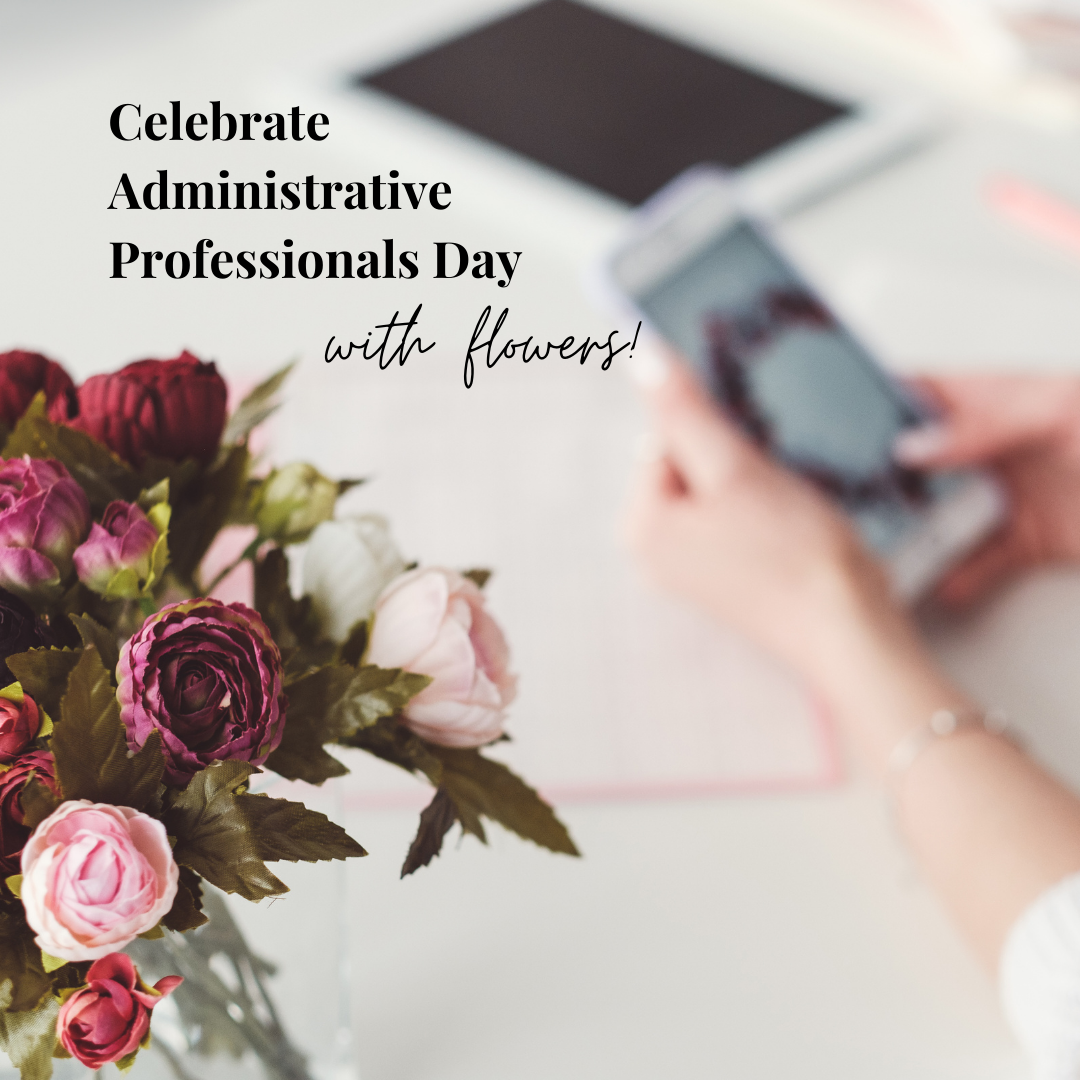 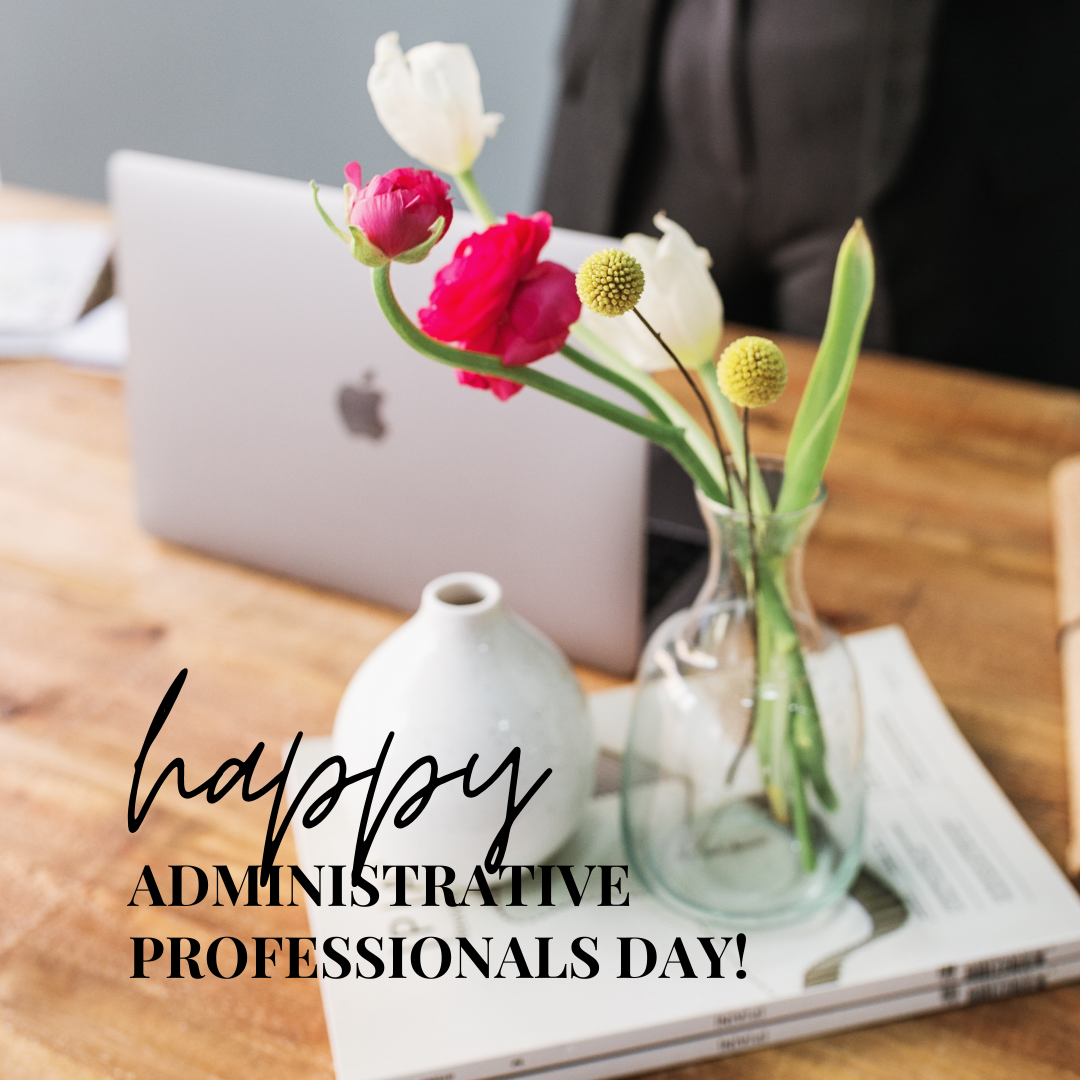 Thank you to all the Administrative Professionals out there, your hard work doesn't go unnoticed!

Creative Spaces: A Glance Inside "Where We Bloom"