California Assembly Bill 5 and How It Is Changing Our Industry 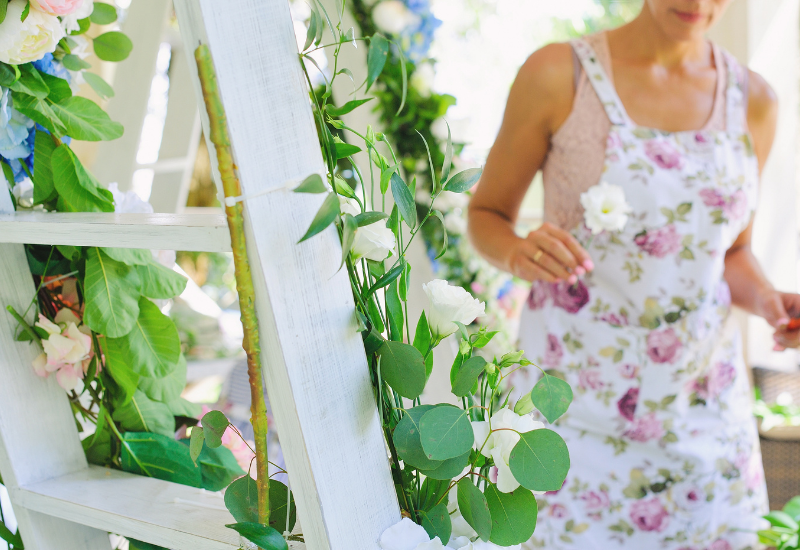 The Freelancing Industry is changing before our very eyes. California Assembly Bill 5 was passed last winter and it is slowly making its way to other sectors of the United States. To understand how this affects the Floral Industry--we have broken down the details of this new regulation.

While working as an independent contractor has some advantages, you are also responsible for paying your benefits, withholding Social Security taxes, and providing materials to fulfill the projects you have been contracted to oversee. Because the independent contractor bears the financial cost, it is far too common for illegal businesses to take advantage of the system.

The most significant distinction is that an independent contractor has the freedom to operate as his or her own boss rather than having the employer dictate how, where, and when they deliver their services. As a freelance florist, having this opportunity to dictate their schedule can open opportunities for travel and seasonal work. Having specialties (i.e large installations, holiday arrangements, and wedding work) can be essential to those businesses that are lacking in assistance for certain areas.

Independent contractors are liable for benefits, tax withholdings, and employee protections, such as workers' compensation. Employees receive the above benefits from their employers.

While each state has its own set of rules for determining an employee's status, California's Assembly Bill 5 mandates that firms conduct specified tests when it comes to employee classification. The measure aims to tighten regulations on companies that recruit a big number of gig workers, such as DoorDash, Postmates, Uber, and Lyft. To determine whether workers should be classed as independent contractors or employees, businesses must use a three rule examination--the ABC Test.

Uber, Lyft, and DoorDash began working to unravel the new mandate as soon as it passed. They replied by strongly endorsing California Proposition 22, a ballot proposal that established independent contractor status for app-based ride-hailing and delivery app drivers. Because of their signature-gathering efforts, the initiative made it to the November 2020 state general election ballot—and was supported by 58 percent of California voters.

Up until this instance, the laws governing independent contractor vs. employee relationships were mostly vague. While California has received the most attention for the "ABC test" or "Common Law Test", several states have already implemented it in some form. Keep in mind that unless the "ABC test" proves otherwise, a worker is assumed to be an employee.

"In California, an individual is only considered an independent contractor if they meet all three (3) elements of the test:

Simply said, you are likely an independent contractor if you can give services to other firms, have a well-established corporation, and have a unique skill set.

Below is a list of states that have adopted the ABC Test or the Common Law Test.

What Can We Do?

We are now conducting a survey to learn more about the freelance florists in our community. If you're a florist looking for work or a company looking for seasonal staff, we want to hear from you!

On November 16, 2021, we hosted an informative panel with top industry professionals to discuss the survey findings. Our CEO and Founder, Corrine Heck, along with Adelena Whittaker, Parie Donaldson, Renee Tucci, and Jenny Thomasson was among the panelists, speaking and offering advice to individuals looking for work and those looking to freelance. Take a look at our recap blog for all of the highlights of the discussion.

With the data from our survey, we can provide information aiding for the protection of the Floral Freelance community and how it provides a positive economical incline in high traffic freelance areas. The best course of action for this moving legislation is to bring this negative recourse to all our local officials' attention. The Society of American Florists Congressional Action Days is the opportune moment to bring these burning topics to the attention of our officials. Communication for the advocacy for our Floral community is essential during this evolving period.