The History of Mother's Day & Carnations

by Details Flowers ● 8 May ● Just For Fun 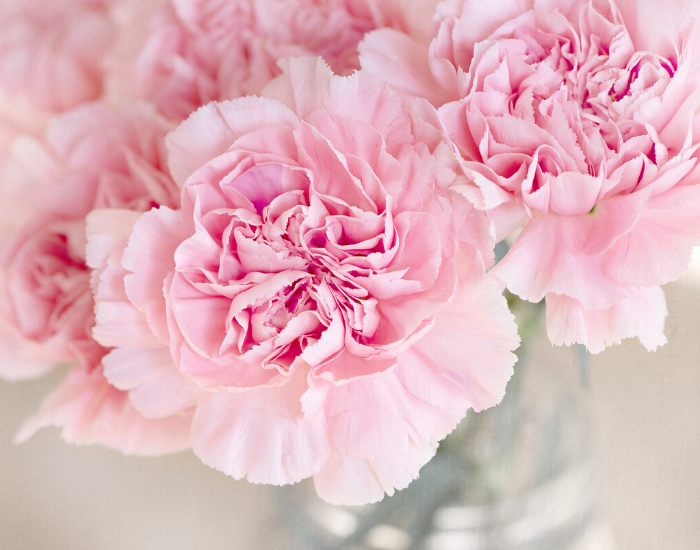 The history of Mother's Day stretches back over 100 years, and started right here in the United States with one woman buying her late mother's favorite flowers as a tribute to her impact on their community. The meaning of Mother's Day and the traditions that surround it are, at the core, all about flowers.

The Origin of Mother's Day

On May 10th, 1908, Anna Jarvis delivered five hundred white carnations to Andrews Methodist Episcopal Church in Grafton, West Virginia for a memorial service. Her mother had taught Sunday school there for decades and the massive order of her mother’s favorite flower was delivered to the church as a tribute to her and mothers everywhere.

Later that afternoon, over 15,000 people attended a Mother’s Day service at an auditorium in Philadelphia, which Jarvis also organized in an effort to establish the first official day honoring mom’s everywhere. And Mother’s Day was born!

Six years later in 1914 President Woodrow Wilson adopted the second Sunday in May as the official holiday to celebrate our mothers. In the century since, the tradition of Mother’s Day has been largely driven by the floral and greeting card industries and is now a hugely successful day for both.

Without florists delivering carnations every second Sunday in May, the holiday may have slipped into obscurity. Instead, millions of flowers are purchased for mothers every year making it one of the biggest days for sales of flowers in the year.

Of course, the carnation colors have specific meanings too!

Red carnations are shared to signify respect for all the mother's we're fortunate enough to have in our lives.

White carnations are displayed in honor of the mother's who have passed and are no longer with us.

Right now it's more important than ever to be thankful for our mother's and families. While it might be difficult to find ways to be together, keeping with tradition by sending carnations to a mom in your life is a simple, sweet way to show that you care. We'd highly recommend supporting your local florists by purchasing carnations where they are available in your community. Head over to the Flower Shop Network to locate a florist in your community so you can support them and the tradition of Mother's Day!

The entire Details Flowers family is wishing our mother's, and mother's everywhere, a very happy Mother's Day. We hope you're able to give your mom a hug or, at least, share some flowers! Happy Mother's Day!