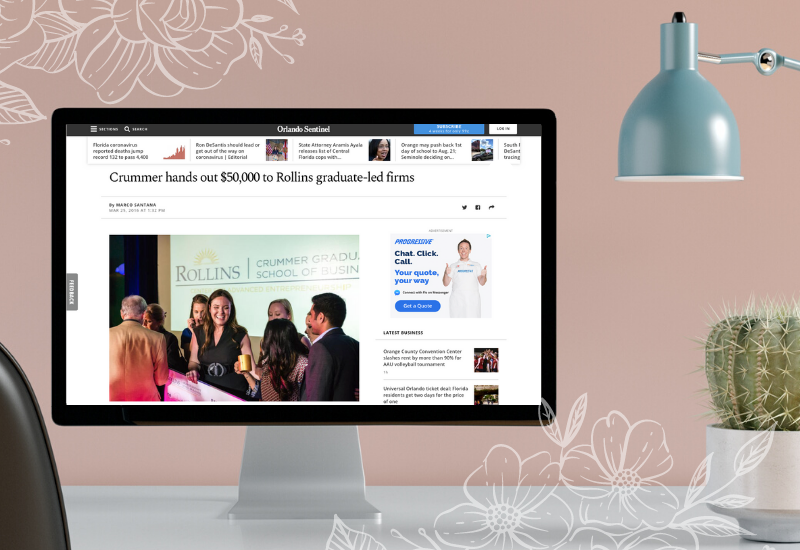 Watch as Details Flowers Software blooms!! We are beyond thrilled that we won $25,000 to continue to build and grow our beautiful software platform for florists and event designers. Read the full article on our win below!

A "Shark Tank"-like competition put area startups in front of investors on Thursday at Rollins College in Winter Park.

In the end, Crummer Graduate School of Business's Venture Plan competition awarded $25,000 to a Daytona Beach-based company that has developed software for floral arrangers.

A news release focused on Crummer's role in building entrepreneurs, while praising Details for the win.

The competition "showcases the importance of education rooted in real-world experience, a cornerstone of the Crummer philosophy," said Cari Coats, the center's executive director.

Pitch competitions give investors and, in turn, the business community a glimpse into companies that could bloom into important players in business.

A Kauffman Foundation study has shown that most hiring in business happens in early stage companies, including startups.

Thursday's competition featured four companies, including Details. The others were Blurtbox, which lets customers share feedback privately with merchants, the smart notebook platform Hula and ScopeAround, which has built a video camera designed for scientists.

To qualify for the annual competition, companies had to be led at least in part by Crummer graduates. The competition awarded $50,000 in total prizes.