Details Founder Corrine Heck to be Inducted into PFCI in 2021

We're very excited for our Founder & CEO Corrine Heck to be inducted into SAF's Professional Floral Communicators - International (PFCI) in 2021! Corrine and five others will be inducted into PFCI at The Society of American Florists' Annual Convention in 2021. In the meantime, inductees will be able to use their designation immediately! Read the full article below.

The Society of American Florists will honor six professionals with induction into Professional Floral Communicators - International (PFCI) during SAF's Annual Convention in 2021. SAF has made the decision to cancel SAF Phoenix 2020, where recipients would have been inducted, in keeping with government regulations regarding travel and crowd size.

Since there will not be an annual convention in 2020, newly selected members of the PFCI will be inducted at the Stars of the Industry Awards Dinner during SAF's Annual Convention in 2021 alongside 2021 inductees. Current recipients can begin using their designation immediately.

PFCI is the service mark of the floral industry's finest floral educators. On local, regional and national stages, PFCI members present educational programs to floral professionals on topics ranging from design and care and handling to floral industry trends and profitability. PFCI members are vetted for presentation, publication and leadership experience, and candidates must submit an audition DVD of a live presentation to demonstrate their communication skills.

An overview of each inductee's accomplishments follows: 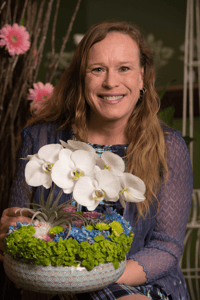 Patricia Fowler has more than 28 years in the floral industry. Soon after she graduated as an honors horticulture student at West Virginia University, she joined the sales team at Pittsburgh Cut Flower Company in the strip district, providing floral products to retail shops in the Pittsburgh area. She moved to California in the late 1990s to work on the grower end of the floral business. She not only sold flowers across the United States, but also had a crop of 4,500 peonies of her own.

Fowler returned to Pittsburg to raise her family and buy a turnkey floral retail shop. Fowler is in her 13th year of owning Flowerama on Babcock Blvd. She has been invited to assist international designers and has worked on million-dollar events across the United States. She was inducted into the American Institute of Floral Designers in 2016 and currently sits on the group’s Northeast Region board. She speaks regularly for garden clubs in the Pittsburgh area and teaches workshops at her studio. 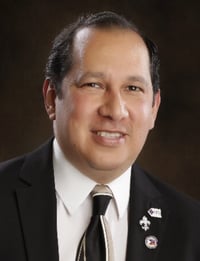 Abel Gonzalez Mencio has worked in the floral industry for four decades, serving in varied capacities, from delivery driver and design assistant to director of marketing and brand ambassador for Acolyte Designs. His diverse experience means Gonzalez Mencio has interacted and collaborated with some of the industry’s top experts and most forward-looking members.

Gonzalez Mencio was drawn to the industry because of the powerful effect flowers can have on people, and the challenge of getting such beautiful products into consumers’ hands. 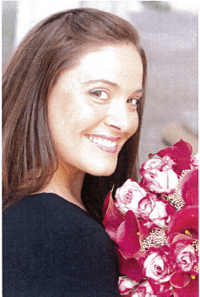 Corrine Heck is the founder and CEO of Details Flowers Software, a solution she conceived to address the needs of florists and event designers. Heck started her career in the floral industry early on and worked her way up, learning the in’s and out’s of wedding floristry and event design until she was able to start her own floral business. She went on to produce over 800 events in Central Florida and came to see an area of opportunity and need for florists and event designers: an all-in-one software solution to help them manage costs, productivity, and organization.

Taking her extensive experience as a florist and her creative drive, she founded Details Flowers Software in 2015 and has grown the platform to include an international clientele of not only florists, but growers, wholesalers, and breeders of flowers throughout the world. In the Fall of 2019, Heck was diagnosed with a brain tumor, for which she had brain surgery a mere three weeks later. She was back to work two weeks after surgery fully recovered. Details Flowers Software is based in Ormond Beach, Florida, where Heck lives on an 8-acre farm with Gregory, her husband of nearly 20 years, and their three children, Avery, Amelia, and Aiden. 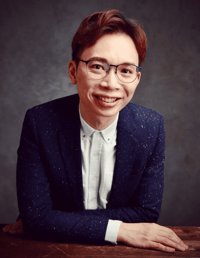 Influenced by the English garden style and the European flower arranging ethos, the work of the Hong Kong based floral designer, author, speakers and educator Solomon Leong, Ph.D., has been described as “extraordinary” and “striking” by international media such as the BBC.

Competitions have formed an important part of Leong’s professional life. In 2019, he represented Hong Kong to compete in the FTD World Cup. The same year, he has won the Leeds Castle flower festival designer award. He’s been awarded the Gold Medal and the Best Floral Arrangement Award at the world renowned Royal Horticultural Flower Show at Chelsea in London, UK multiple times, and he also has won many coveted prizes at the World Flower Garden Show in Nagasaki, Japan. An active floral educator, Leong has demonstrated regularly at the Hong Kong Flower Show and other locations both locally and abroad. In 2019, he was invited to become artist-in-residence at Aargauer Kunsthaus, Switzerland. The same year, he was invited to be the featured international designer at FleurEx, sponsored by the British Florist Association, and he served as the sole representative from Hong Kong at 2019 Fleuramour in Belgium.

Leong is the director of Solomon Bloemen, a bespoke floral design studio in Hong Kong, and is the technical advisor for Employees Retraining Board HKSAR. He is the honorary advisor for the Hong Kong Flower Club and president of the Hong Kong Association of Flower Arranging Societies. 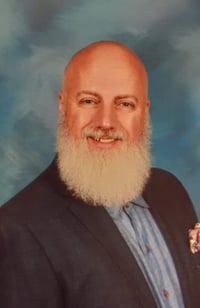 G. Alan Masters has been designing with flowers since the age of 16, beginning at a small hometown shop in Lufkin, Texas. Masters decided to pursue his accreditation through AIFD, which he earned in 2016. Having won numerous industry awards, he is an avid competitor and loves finding new places to showcase his skills in competition settings. He is a former Houston Designer of the Year, Texas Designer of the Year and Louisiana Designer of the Year.

Masters, who now has more than 35 years’ experience in the industry, is also a Jim Johnson Cup Winner and National Alliance of Floral Association’s Designer of the Year. He has presented stage programs across the United States and currently teaches floral design at the Dr. Kirk Lewis Career and Technical High School. 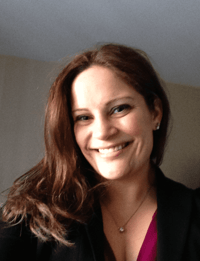 Jodi McShan is a third-generation florist in Dallas, Texas. Following in the footsteps of her grandfather and father, she truly cares about the floral industry and enjoys helping all succeed. In addition to design presentations, McShan speaks on best business practices and legal pitfalls that many florists find too late. A florist and an attorney, McShan enjoys speaking to the floral community and her local community about flowers and helping others appreciate our industry.

An active member of the Society of American Florists, McShan has frequently shared her experiences in Floral Management magazine and SAF Now, the association’s newsletter. She also is a member of SAF’s Next Gen Task Force.

For PFCI information and a listing of members by name, state and expertise, visit safnow.org/pfci.

As seen on SAF's Website for Floral Industry News: