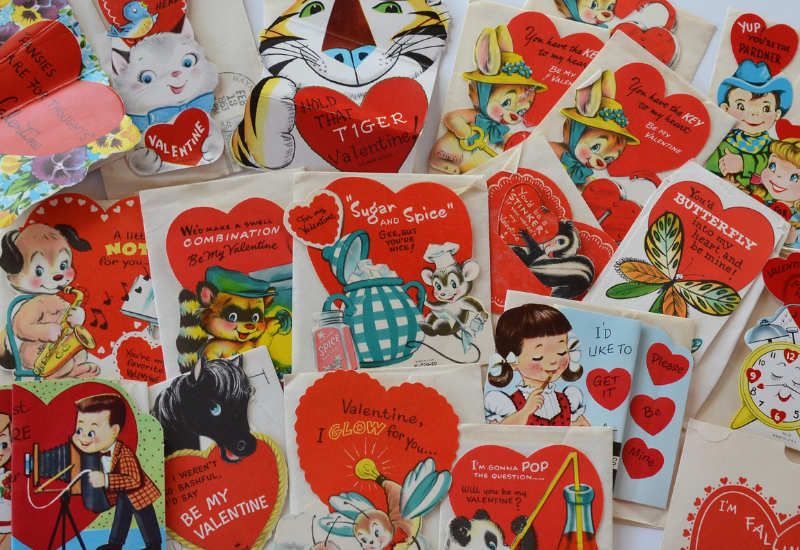 We, florists, have the 14th of February engrained in our minds-- Valentine's Day. Candy, flowers, and presents are shared between loved ones across the United States and worldwide on this day. But where did the holiday first originate?

During the Middle Ages, it was widely thought in France and England that February 14 marked the start of bird mating season, adding to the notion that Valentine's Day should be a day of love in the middle of the month. In his 1375 poem "Parliament of Foules," English author Geoffrey Chaucer was the first to mention St. Valentine's Day as a day of romantic festivity.

Valentine greetings were standard in the Middle Ages, but it wasn't until 1400 that written Valentines began to appear. A poem written in 1415 by Charles, Duke of Orleans, to his wife while imprisoned in the Tower of London is the oldest known valentine still in existence today. It read:

Which roughly translates to, "I am already sick of love, my very gentle Valentine." This Valentine still exists in the manuscript collections of the British library today!

Flowers formed a staple of Valentine's Day customs as early as the 17th century. Roses were reportedly the Goddess of Love, Venus' favorite bloom because she believed they symbolized passionate feelings. People began to give roses to individuals they cared about as a way of expressing their affection for one another.

Friends and lovers of all social groups exchanged tiny mementos of affection or written notes by the middle of the 18th century. In the 1840's, Esther A. Howland created and started selling the first decorated mass-produced valntines in America. She is known as the "Mother of the Valentine." Thanks to advances in printing technology and Esther, printed cards began to replace written letters by 1900 - it is now estimated that around 145 million Valentine's Day cards are sent each year! 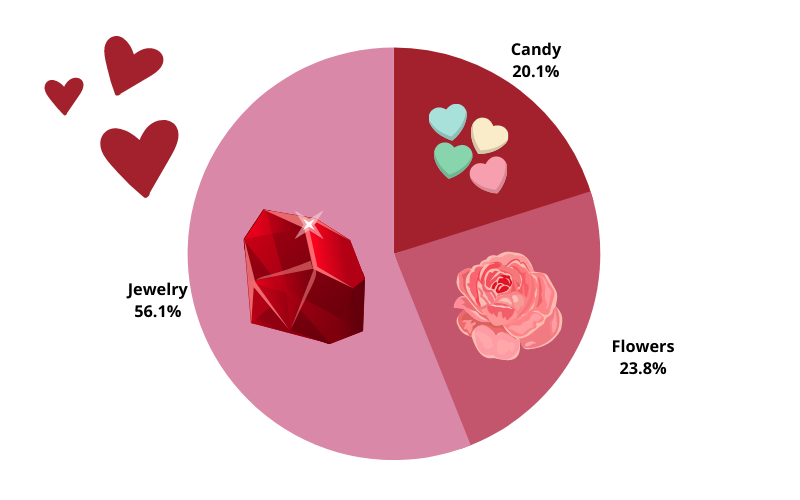 Galentine's Day is a newly adopted holiday to celebrate women honoring one another for those who do not have a significant other or just simply want some gal time! You may have seen it throughout pop culture within the last decade, and more women are starting to celebrate it.

“Every February 13, my lady friends and I leave our husbands and our boyfriends at home, and we just come and kick it, breakfast-style...Ladies celebrating ladies.” (Leslie Knope, Parks and Recreation, Season 2 Episode 16)

This is a perfect time to have flowers available for those looking to celebrate Galentine's Day--what expresses beauty more than flowers?

Celebrated on February 15th, Singles Awareness Day (SAD) is a day for all singles to embrace non-romantic relationships and treasure the beauty of self-love. This is not a sad day by any means--this is a quite fun-filled day of self-care!

During February 13th-15th, make sure you have arrangements ready for those who celebrate love or those who want to treat themselves to flowers. After all, flowers do evoke positive emotions! Need help preparing for Valentine's Day? Check out this blog on how to prepare for this big day!