History of The Tulip 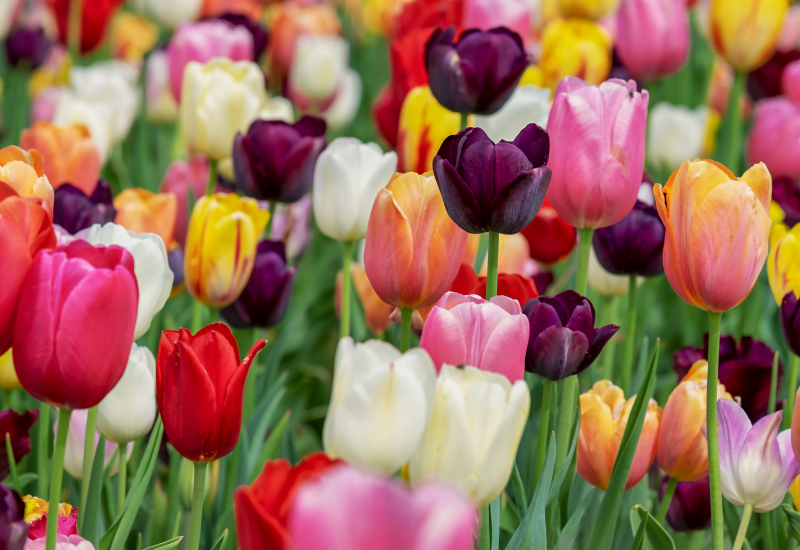 With Tulip Season in full swing, we thought it would be a fantastic time to dive into tulip history! Few flowers have a long history as the tulip, but it's incredible to watch how it's changed over time.

The Tulip is a flower that originated in Kazakhstan. The tulip was discovered in Kazakhstan's mountains, and they were blown away by its beauty. Tulips were imported to modern-day Turkey and planted in the gardens of the Ottoman Empire's most influential people. Constantinople, now Istanbul, was one of the most beautiful cities in the world in the 16th century, and it was significant for culture and trade. The Sultan threw a large feast every year when the tulips bloomed. Many visitors came to appreciate the tulips in the city's magnificent gardens.

The tulip grew in popularity and became a symbol of riches and power. The bloom resembled the original turban; its name is derived from the Persian word 'Tulipan,' which means turban. Sultans of the Ottoman Empire wore tulips on their turbans to symbolize this.

Carolus Clusius was the first person in the Netherlands to plant tulips. In 1593, the first tulips in the Netherlands were planted in his botanical garden. Tulips were in short supply and quite pricey. Clusius refused to sell or share his knowledge, preferring to pursue his passion for the flowers. Unfortunately, some of his collection was stolen due to its mass popularity.

Tulip Mania peaked in the 17th century. Botanists began to hybridize the bloom, and they soon discovered new techniques to create even more beautiful and appealing varieties. The Tulip hybrids were considered rare and a symbol of great social rank. Tulips were in high demand, and they became increasingly pricey. Tulips were used as a common currency, like coins. A single tulip bulb was worth more than a house at one time! The tulip fever died out in 1637, almost as swiftly as it had begun. Some people became immensely wealthy, but many speculators became impoverished.

The frilly petals that give certain types their magnificent appearance were signs of a mutant virus infection in the twentieth century. Monochromatic tulips were believed to be the characteristics of healthy blooms. The virus was transmitted to the tulip by a parasite that feeds on peaches and potatoes. Hybrids that resemble the diseased variety are still around today!

Now, tulips are still glamorized in society for being one of the top blooms for gifting during the holidays. Festivals are held throughout the globe to celebrate the tulip. March 5th, 2022, 100,000 Tulips will be present at San Francisco’s Union Square on Flower Bulb Day in Honor of International Women’s Day! 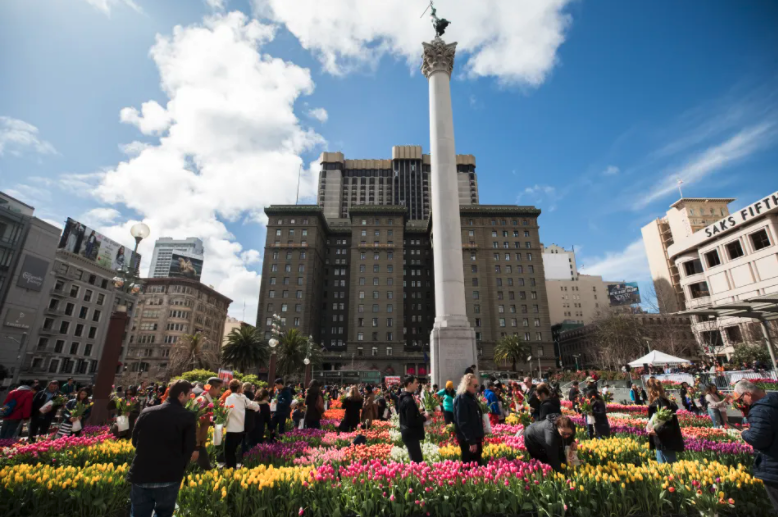 "Pick and share a bouquet of tulips with women that have inspired you in honor of International Women’s Day. As always, access to the tulip garden in Union Square is free, and so are the flowers."

This event is sure not to miss. Learn more about the special day here!