The History of Mistletoe 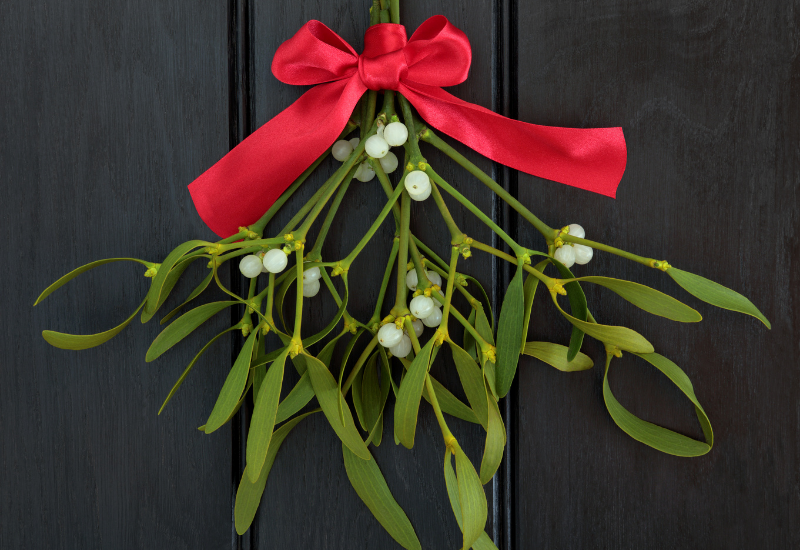 Have you ever wondered where the phrase "Meet Me Under the Mistletoe" originated? We felt the same way! Here's how the mistletoe plant got its start and how it became so famous during the holiday season.

The History of Mistletoe

Mistletoe has long been associated with love, fertility, and health. The burning of bonfires is still related to the midsummer collecting of mistletoe in various parts of Europe, a relic of sacrificial ceremonies performed by ancient priests. Mistletoe was previously thought to have both magical and therapeutic capabilities. Later, the custom of kissing beneath the mistletoe emerged in England and, later, in the United States, an action that was originally thought to surely lead to marriage. 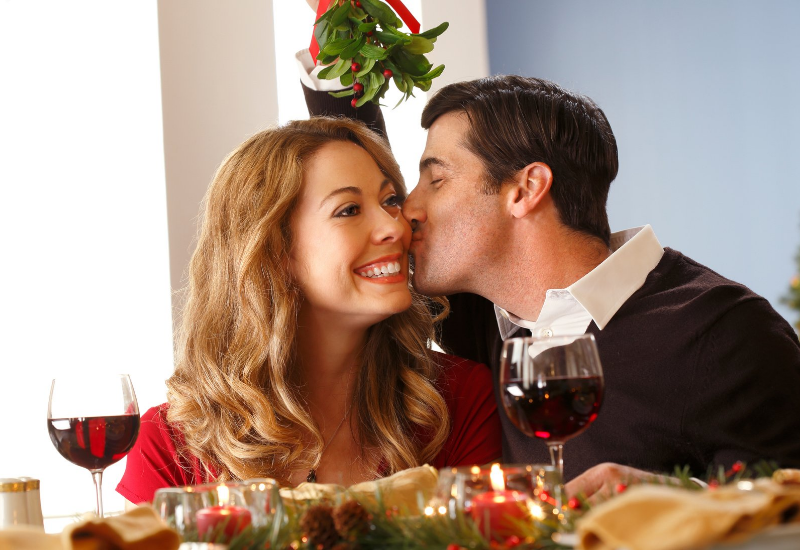 The history of kissing under the mistletoe is unknown, although it is thought that the ancient Greeks used mistletoe to celebrate the winter celebration of Kronia and that this is where the tradition of kissing beneath it began.

Kissing under the mistletoe was included in the drawings in the first book version of 'A Christmas Carol,' released in 1843, which may have helped popularize the practice. Before a person could be kissed, a berry off a sprig of Mistletoe was chosen, and once all the berries had been picked, there could be no more kissing!

Mistletoe is categorized as a parasitic plant that latches on to numerous hosts. They are pests of a variety of timber and crop trees, causing aberrant growths known as "witches' brooms," which distort the branches and reduce the host's reproductive potential.

Mistletoe contains chlorophyll and is capable of producing part of its own nutrition. Birds fertilize most tropical mistletoes, while flies and wind pollinate most temperate varieties. Fruit-eating birds disperse seeds in their droppings or by wiping their beaks against tree bark, where the seeds commonly adhere.

Dwarf mistletoes propel their sticky seeds out from the parent plant at approximately 50 mph! A modified root penetrates the bark of the host tree after mistletoe germinates, forming a link in which water and nutrients flow from one another.

The typical mistletoe of winter celebrations, European mistletoe, has been recognized for centuries. It can be found all over Europe, from the United Kingdom to northern Asia. It grows as a drooping yellowish evergreen bush on the branch of a host tree, measuring 2–3 ft in length. It has densely crowded forking branches with oval to lance-shaped leathery leaves that are about 2 inches long and placed in pairs on the branch.

They appear in late winter and produce one-seeded white berries that are loaded with a sticky semitransparent pulp when ripe. Many animals and humans are poisoned by the toxic chemicals found in this and other mistletoe berries. Apple trees, poplars, willows, lindens, and hawthorns have the most mistletoe in Europe. The Eastern, or oak mistletoe parasitizes various trees, particularly oaks, in North America.

The name mistletoe is defined in two Anglo-Saxon words: 'Mistel' (dung) and 'tan' (twig or stick). So Mistletoe may be translated as 'dung on a stick'! Isn't it far from romantic?