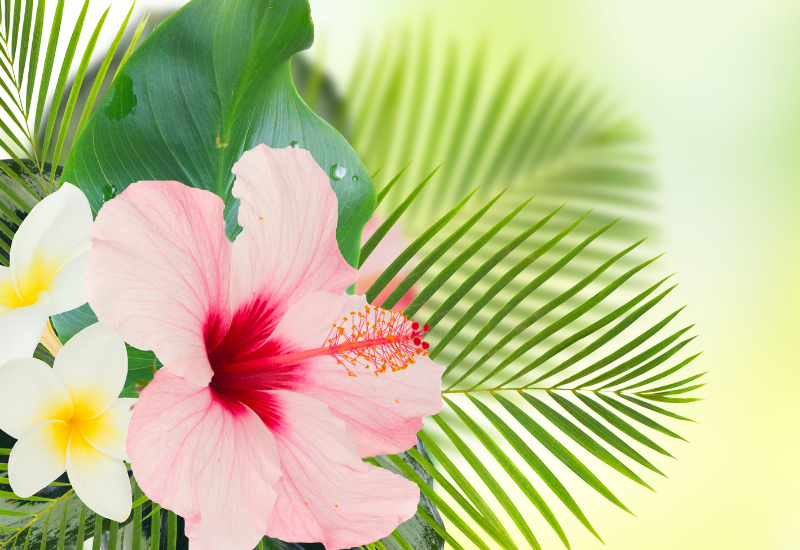 Among the top Wedding Destinations in the world, Hawaii has a magical presence that is synonymous with the Aloha Spirit of the Islands. What is unique about Hawaii is each island is represented by a flower/plant. 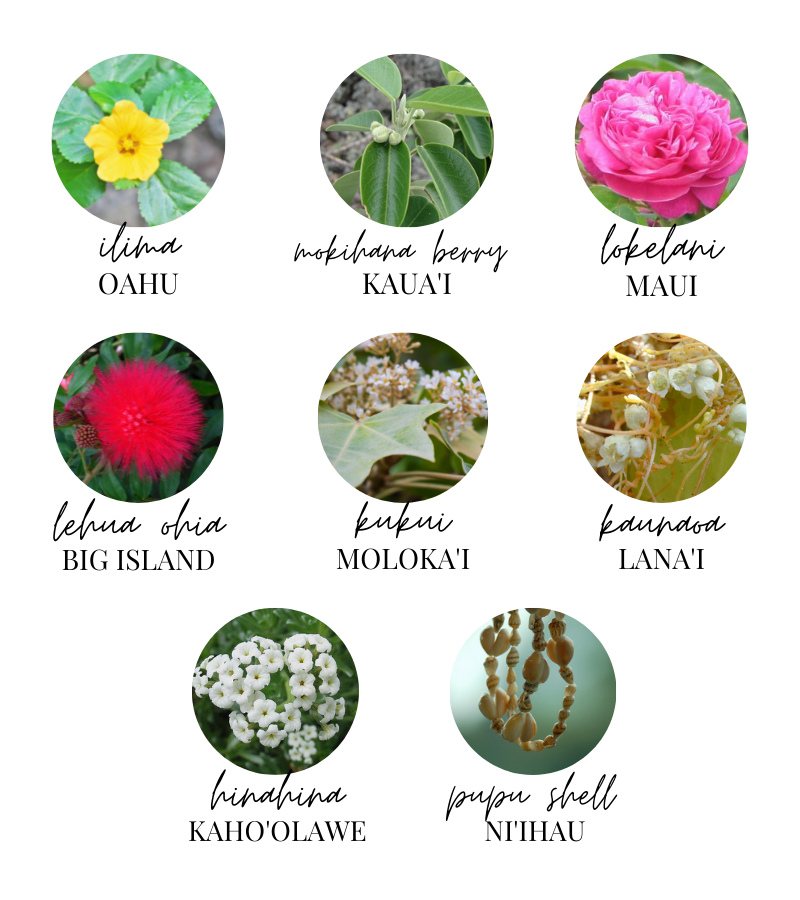 Hawaii is a packed sensory experience. Its magnificent sights—amazing beaches, lush jungles, and towering waterfalls—are well-known, but it also thrills the senses of smell, hearing, taste, and touch. It's no surprise that the seductive Aloha State is considered synonymous with Paradise, with its delectable cuisine and slack-key music, as well as its silky humid air. Come along with us as we take a peek at even more blooms on the islands!

Anthuriums are attractive because they're sleek, waxy, tinted in reds and pinks, and shaped like a heart. The houseplant and garden gem are native to the Americas, notably Argentina and Northern Mexico. It first arrived in Hawaii in 1889, when Hawaii's Minister of Finance, Samuel Mills Damon, returned from England with a stem and planted it in his garden. Beginning in 1936, hobbyists across the islands began cultivating the flower, resulting in the Ozaki (a red anthurium grown in Hilo) and the Starlight (the first patented anthurium).

Few flowers inspire joy and astonishment like a bird of paradise. The flower's exoticism, owed in part to Georgia O'Keefe, whose experience in Hawaii in the 1940s inspired her celebrated piece, "White Bird of Paradise," has become iconic of the islands, with its vivid orange petals—and a touch of iris spiking through.

Hawaiian Gardenia—or na'u—is a flower native to the Aloha State that is one of the most fragrant on the islands. It is found in bunches and has a perfume that is almost its own presence. Its alabaster color only adds to its ability to astonish and intimidate. The flower, which belongs to the coffee family, was previously common throughout the Hawaiian Islands; today, it's a federally-listed endangered species with only a few plants remaining.

Pikake, which has possibly the most exquisite aroma in Hawaii, was the favorite flower of Ka‘iulani, the famous “Crown” princess who was heir to the throne of the Kingdom of Hawaii before the Hawaiian monarchy was overthrown. Pikake, which is also known as Indian and Arabian Jasmine and is a member of the olive family, has such a beautiful aroma that it's one of Hawaii's best-selling perfumes. It appears in parks and gardens over the islands, and its intoxicating smell fills many romantic nights.

While awapuhi grows in abundance throughout the islands—those pink and crimson crowns are a common sight on resort grounds—blue ginger, or Dichorisandra thyrsiflora (which can be found among many other types of lovely foliage at the Maui Tropical Plantation), is a more uncommon sight. Its color—somewhere between sapphire and violet—astonishes, and it is native to Brazil.

Hawaii is home to more than only animals and plants found nowhere else on the planet: it also has seven unique hibiscus species, though most visitors and residents see Chinese hibiscus and hybrids. Nonetheless, the vibrant, jazzy flower, which comes in a variety of colors ranging from bright pink to white, has come to characterize Hawaii, with the yellow hibiscus, also known as pua alo alo, acting as an emblem of the state. Hibiscus flowers bloom every day on the islands, but their petals fade almost as quickly—most hibiscus don't live much past dusk.

Plumeria trees are as common as palms in Hawaii, captivating eyes with their spectrum of colors (from fiery red to white with a buttery-yellow center) and dazzling noses with their sweet, scented aroma. They're the flower you pin behind your ear on your way out to dinner and, if you're a kama'aina, the flower you grab for when it's time to make lei for a birthday, baby's first birthday, or graduation. If you take a walk along a seaside path, such as the Wailea Boardwalk on Maui, you're likely to come across a plumeria lei drying in the sun on rocks near the water.

Surfing was invented in Hawaii

Hawaii is made up of 132 different islands. The eight main Hawaiian islands are Oahu, Maui, Kauai, Big Island, Molokai, Lanai, Niihau, and Kaho'olawe. There are 132 separate Hawaiian islands and 124 islets, shoals, and reefs.

There are only 12 letters in the Hawaiian alphabet. It's kind of amazing that, despite the length of some of the words, the Hawaiian language only contains 12 letters.

To make lengthy words simpler to speak the first time, it's usually helpful to break them up into smaller words. They'll start rolling off your tongue in no time.

Mauna Kea is the tallest mountain in the world. Mount Everest, at 29,032 feet, is widely regarded as the world's tallest mountain. However, this is only true if you don't measure from the ocean's bottom.
From the top of the mountain to the ocean level, Mauna Kea (on the Big Island) stands 33,496 feet tall.

Make sure to check out our blogs about Flowers of the Caribbean, Flowers of Australia, and Flowers of Mexico!